Are you looking for the best music-making apps for android and ios? Do you want to make your own beats or music? We’ve compiled a list of the top free music-making apps here at Billzonthestreets. Stay on this page while we populate the list below.

Starting out making music, you can explore a host of free music-making apps for android and ios. You can start the journey to owning a band right from your smartphone. Sounds intriguing, right? To learn more in-depth, read further below.

We have done all the heavy lifting to help you pick the best music-making apps for android. Read further down the article and see our pick, just like we did for the Best Video Editor Apps too.

This free online music maker has been quite popular for a long time. This makes it the most logical pick for the top slot. GarageBand has you covered whether you’re a total beginner or want to advance your musical abilities.

With Apple’s venerable music-making program, you can play guitars, and keyboards, make rhythms with DJ-style effects and much more using a variety of Touch Instruments & Multi-Touch gestures.

Additionally, we consider it to be one of the greatest free music-making apps because it gives you access to a variety of audio recordings, Apple Loops, and musical instruments with expert mixing effects & sound packs, allowing you to build your own music wherever you are. BandLab is the most widely used free online music studio in the world for producing original songs and mashups, with more than 9 million users. You can record, produce, edit, and remix any track while on the road using BandLab’s multi-track editor.

You may connect with other DJs and artists on BandLab as well, allowing you to form a band with seasoned musicians, rappers, guitarists, and more. A fantastic collection of editing tools and in-the-moment effects are available in Audacity, a free and open-source program for creating music. The music-making freeware can be downloaded for free on Windows, Mac OS X, and Linux.

One of the most popular multi-track audio editors, Audacity allows you to quickly capture live audio from a microphone or mixer. Additionally, it is among the top free music-making apps for android and ios. Even if you don’t enjoy using music-making apps, Music Maker JAM will convince you. It is one of the finest free music-making apps for android ad ios. It has lots of studio-quality loops that let you generate and share incredible songs with the world.

Joining this community will get you access to more than 10 free packs including more than 2000 loops, allowing you to create your own album on your smartphone. What are you still holding out for? Create music right now by downloading the Music Maker JAM app! FL Studio Mobile is one of the most widely used free music creation tools in the world thanks to its exquisitely designed user interface. To help you elevate your music, FL Studio Mobile provides a plethora of built-in functions, like touch controllers, high-quality synthesizers, mix effects, and more. Cubasis is an iOS-based online music studio that makes it simple to record, edit, mix, and create a large number of songs. It was developed by Steinberg. It’s one of the best apps for creating music for free. It has incredible optimized capabilities.

These features include real-time pitch-shifting and time-stretching, spin FX, a small sampler, a virtual analog synthesizer, and much more. Cubasis is  One of the best music-making apps available for iOS and Android devices.

It also has an extensive library of instrument sounds and performance tools. Soundtrap is a collaborative mobile recording studio created by Spotify. It features a good number of high-quality loops and hundreds of software instruments. Soundtrap provides a number of impressive features in comparison to other music-making apps on our list.

Some of these features include real-time collaboration tools, real-time audio editing, a sizable effect library, and more. Soundtrap prioritizes podcast recording in addition to music recording.

From their mobile devices, users can join sessions to record and edit podcasts together. To create and share high-quality recordings, you may make use of tools like AutoTune, automatic mixing and mastering, and presets. Caustic is a rack-mounted synthesizer emulation that enables sound engineers to create unique synthesizer racks for music composition. This is in contrast to the majority of the apps on our list that serve as mobile DAWs.

The software app comes with 14 instruments that you can use to expand your virtual synthesizer rack. In addition, you may add any one of the 20 effects offered, to each machine.

A song sequencer, a mastering console, and a mixer desk are also included in Caustic. Users can upload their own WAV files for use with some of the app’s synthesizers and effects. Caustic is also compatible with Audiobus so users can connect with other music apps.

Caustic is a desktop application that you can use for free if you wish to do your work on a computer. On Android, the software may be downloaded for free, but it costs $9.99 if you are using an iPhone. 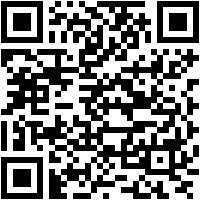 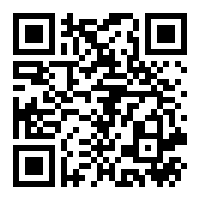 n-Track 9 is an online music studio that lets you record and share an unlimited number of tunes and MIDI tracks. Piano Roll, Guitar Amp, Screen Drumkit, VocalTune, Surround mixing, Beat doctor, 2d & 3d Sonograms, and many other creative tools are available on this app.

This free online music maker can be the best choice for you if you’re starting out in the music sector and want to get ahead. A free sign-up allows you to share a maximum of 11 tracks but makes it open to more tracks with in-app purchases. The aforementioned apps are some of the best music-making apps for Android and ios. We extensively researched them, and urge you to try them out. Some of these online music studios are completely free to use, thus helping you create your own music anywhere. We’ve made it as simple as possible for you to choose a music-making app from the list.

What are you still holding out for? Choose your favorite and make an album on your phone. Additionally, if you believe that we have left off any music-making software from the list, please let us know in the comment section below.

The English Premier League and The Highest Scoring African Players